How to Give the Most Effective Feedback 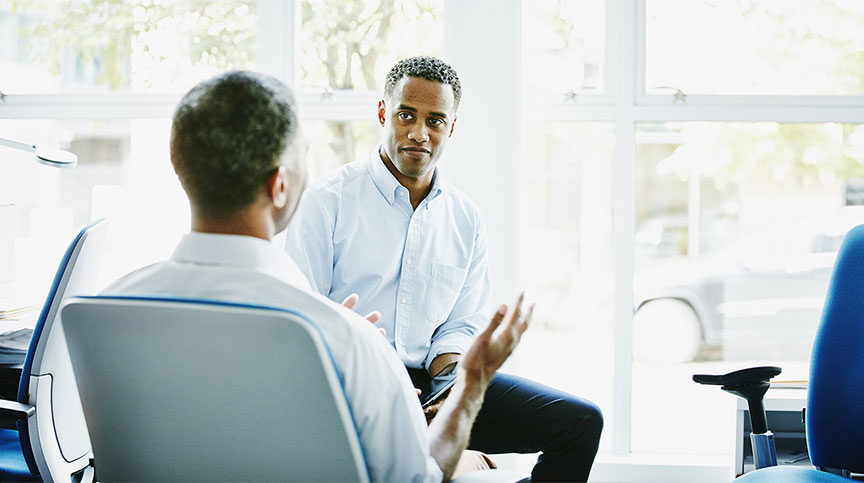 Understand the Different Types of Feedback

Feedback is sort of a necessary evil. No one particularly likes to listen to what they’re doing wrong, and often the words are difficult or confusing to hear. And feedback isn’t especially easy to give, either. But as a leader or coach, it’s your job to provide effective feedback. Constructive suggestions can help your direct reports and colleagues succeed.

So, how do you do it? Are you formulaic and by-the-book, or do you wing it? Is it time for straight talk or do you find yourself dancing around the issues? Do you take a clinical approach, or are you personally invested?

Whatever your style or your company’s system, chances are that performance reviews are less-than-satisfying events for you and your direct reports. But learning how to give effective feedback can make the difference between a meaningless (or disastrous) review and a constructive conversation.

Feedback is one of the most important elements of successful performance reviews because it engages the employee in the conversation and puts the spotlight on key issues. In fact, we believe giving effective feedback is the key to improving your talent development.

If you understand the 4 types of feedback, and which one is most effective to start with, giving feedback will feel easier, and your reviews will improve.

The 4 Types of Feedback

Virtually all feedback can be classified as one of these 4 types: You’ll be more effective if you’re skilled at using all 4 types of feedback for the right times and for the right reasons. You’ll be even better with lots of practice.

Why Impact Feedback Is the Most Effective Type of Feedback

It’s important to remember that you can’t control how someone feels about or reacts to feedback. Different people will perceive the same situation in different ways. You can’t “make” someone like or agree with what you’re saying, but you can increase the chances that your feedback will be well received and not rejected.

Impact feedback is the most effective type of feedback to start with because it informs a person about the results of their behavior without dissecting the details, assuming motivation, or placing blame. Try using our widely-recognized Situation-Behavior-Impact model for feedback and using it to explore intentions, making the feedback a two-way discussion.

Impact feedback isn’t authoritative — you aren’t telling a person what to do, setting forth consequences, or judging. Instead, impact feedback informs the receiver, empowers them, and increases the chance they’ll decide to accept the message.

Impact feedback is a great way to start a conversation and set the stage for more authoritative feedback if it’s needed.

Once the feedback receiver realizes the impact of their behavior, they’re more receptive to prescriptive aspects of authoritative forms of feedback.

When giving different types of feedback to others, avoid these 10 common blunders, taken from our guidebook, Feedback That Works. And if you’ve made these feedback mistakes before, don’t beat yourself up. Just avoid them in the future.

1. The feedback judges individuals, not actions.

Putting feedback in judgmental terms puts people on the defensive. And you’ve sent the message that you know what’s right or wrong.

2. The feedback is too vague.

Steer clear of generalized, cliché catchphrases. If you want to really encourage someone to repeat productive behavior, you have to let them know what they did so they can keep doing it.

3. The feedback speaks for others.

Stick with the information that you know. Dragging a third party’s name into the mix only confuses the recipient, who then wonders why others are talking about them behind their back.

It may seem like a good idea to unburden the blow of negative comments with positive ones, but the recipient is smart enough to read between the lines, too.

5. The feedback is exaggerated with generalities.

Avoid those 2 little words: “always” and “never.” It puts people on the defensive because there’s usually that one time…

6. The feedback psychoanalyzes the motives behind behavior.

It could be a divorce, resentment over a co-worker’s advancement, or burnout, but whatever you think you know about someone’s intents and motives is probably dead wrong.

7. The feedback goes on too long.

Know when to stop. People need time to process the information they’ve received.

8. The feedback contains an implied threat.

Telling someone their job is in jeopardy doesn’t reinforce good behavior or illustrate bad behavior. It only creates animosity.

You might use sarcasm as a substitute for feedback, especially if you’re uncomfortable giving it in the first place. Keep the snide comments to yourself.

10. The feedback is a question, not a statement.

Phrasing feedback as a question is too indirect to be effective. And it may even be interpreted as sarcastic. Really?

Providing feedback to others about their performance is a key developmental experience. Learn how to make the feedback you give even more effective so that others can benefit from your message.

How to Customize Feedback to Avoid Resistance

Lastly, it’s natural that people will react differently to information about their behavior and performance. Although you can’t force someone to agree with your feedback, it may help to consider changing the way you deliver the message. To customize your feedback to reduce resistance:

Some people understand your message quickly, while others need time to absorb it. Some will want to focus on decisions, actions, and implications. Others will want to ponder and work out possible solutions on their own. Consider what different approaches you may use to influence people and choose the most effective tactic for your situation.

3. Factor in your coachee’s health, personal, and family problems.

Resistance to feedback or unexpected reactions may be connected to stresses and problems outside work. When you’re aware of extenuating circumstances, you may decide to adjust the timing and content of your feedback. But don’t assume you know what’s going on; be prepared to handle the unexpected.

4. Individualize your delivery – keep in mind your coachee’s strengths and weaknesses.

For example, you may think a shoddy production report indicates disinterest or laziness. The coachee may agree the report was shoddy, but they may be embarrassed to admit they don’t understand the new method of calculation. So give feedback about the report, but allow the other person to offer their own reasons and possible solutions. Be sure you actively listen to understand their response.

And remember, there’s no need to psychoanalyze or judge the person. Just have a conversation, and avoid common mistakes that leaders often make when giving different types of feedback.

While feedback can be uncomfortable to give, with the right technique and plenty of practice, it can go more smoothly.

Upskill your team so they have more practice in giving different types of feedback with a customized learning journey for your leaders using our research-backed modules. Available leadership topics include Conflict Management, Emotional Intelligence, Feedback That Works, Influence, Listening to Understand, Psychological Safety, and more. 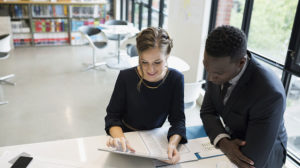 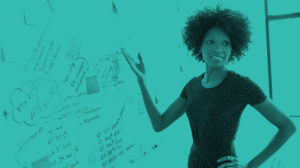 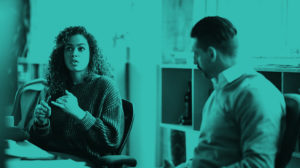 Subscribe to our eNewsletters to get the latest on cutting-edge, leadership insights & research.
SIGN UP FOR NEWSLETTERS
November 19, 2020
Leading Effectively Staff