Future-Fluent Nation Builders: The State of Leadership in Public Sector Enterprises in India The Evolution of Leadership in Public Sector Enterprises in India

Public Sector Enterprises (PSEs) were set up in India post-independence to quickly build the country’s industrial backbone. Key considerations for the setting up of PSEs were to accelerate the growth of core sectors of the economy, to serve the equipment needs of strategically important sectors, and to generate employment and income.

A large number of “sick units” were taken over from the private sector, and several banks were nationalized between 1969 and 1980. This government-led industrial policy, with corresponding restrictions on private enterprise, was the dominant pattern of Indian economic development until the economic crisis of 1991.

Thereafter, the government began disinvesting its ownership in several PSEs in order to raise capital and privatize companies with poor financial status. All along, PSEs have been the key vehicles for driving key economic and social objectives for the development of the country.

While PSEs have contributed significantly to the nation’s economy since independence, generating profit and social benefit, the new era of leadership in public sector enterprises must play a more strategic role and adapt to emerging challenges.

Leadership in public sector enterprises must modernize, compete in a free market, link with similar organizations in other countries, and develop a comprehensive strategy for overseas investment. All the while, PSEs must also continue to earn profit and focus on social benefit generation.

Research for Future-fluent Nation Builders: State of Leadership in Public Sector Enterprises in India was conducted by the Center for Creative Leadership (CCL)® in partnership with Standing Conference of Public Enterprises (SCOPE). The objective of the research was to understand:

This research initiative involved a quantitative and qualitative approach. In total, the research team collected 732 valid responses to the “Future-fluent Nation Builders” survey (between December 2020 and February 2021) from over 20 PSEs.

The research team also interviewed 25 senior leaders in PSEs. The interviewees were mainly CXOs with GM, Director, and CMD titles, and belonged to a mix of industries.

Findings and Next Steps for Strengthening Leadership in Public Sector Enterprises

This report outlines the findings from the research, including dilemmas faced by leadership in public sector enterprises; the values, mindsets, skillsets, and experiences successful PSE leaders must have; current and future skills gaps that exist within leadership in public sector enterprises; and lessons learned from successful C-suite leaders that can be adopted by PSE leaders.

Learn more about what’s needed for successful leadership in public sector enterprises and how to build a pipeline of future-fluent nation builders by downloading our research report below.

Download this research report to discover the mindsets, skillsets, and experiences required for successful leadership in public sector enterprises, uncovered through quantitative surveys and in-depth interviews with senior leaders in PSEs in India. 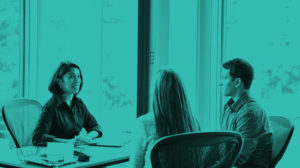 Subscribe to out eNewsletters to get the latest on cutting-edge, leadership insights & research.
SIGN UP FOR NEWSLETTERS
April 28, 2022 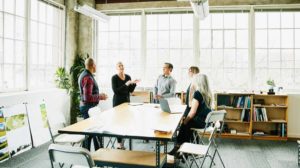