Home > Articles > Leading Effectively Articles > Ban Bossy: What’s Gender Got to Do With It?

Ban Bossy: What’s Gender Got to Do With It?

Find out how leaders define “bossiness” in their own words, the implications of this term when it’s used in the workplace, and why we recommend you ban the term “bossy.” The word “bossy” and its link to leadership has been heavily discussed due to the “Ban Bossy” campaign founded by Facebook COO Sheryl Sandberg and backed by world-renowned women leaders and luminaries.

The Ban Bossy campaign argues that from a young age, girls are trained to be quiet and submissive, and when they break these gender norms, they’re often criticized, disliked, and called “bossy” — a word that can discourage girls from growing up to be leaders.

Our researchers decided to take a look at the role of the word bossy in the workplace.

We conducted a research survey of 201 people (100 men and 101 women) and analyzed data from 20 years of behavioral data and promotability ratings, from our Benchmarks® 360 assessments. Results from our survey revealed:

Altogether, our results show a consistent trend that being labeled as “bossy” in the workplace has negative consequences, and those consequences are particularly harsh for women. This is why we want to support the campaign to “Ban Bossy” stereotypes.

What It Means to “Be Bossy” — 6 Indicators of Bossiness

In our research, we asked leaders to define “bossy” in their own words. There was substantial agreement about what the word “bossy” means. Indicators of bossiness were people who:

The Gender Implications of Bossiness

We found that 33% of women and 17% of men reported that they’ve received feedback that they’re “bossy” at work. In other words, women were twice as likely to be branded as bossy in the workplace.

Neither bossy women nor men are seen as superstars in their organizations, according to our survey participants. Bossiness damages men’s reputations as well as women’s reputations, yet we found that it hurts women more.

Contrary to what some might believe, we found women don’t act bossier than men; this is true whether we look at self-report ratings of bossiness or those reported by direct reports or bosses.

This supports the Ban Bossy campaign argument that women are often called bossy for doing the same behaviors as men. Even though women are twice as likely to be called bossy at work, they aren’t more likely to act that way.

This shows that exhibiting these behaviors is not a feminine trait. If anything, the data showed that men actually exhibited slightly more bossy behaviors compared to women.

Watch our webinar, Empathy and Inclusion in the Workplace: Imperatives for Your Diversity Initiatives, and learn how to shift mindsets, behaviors, and practices to increase diversity and inclusion in the workplace.

Is There a Penalty for Being Bossy?

Our findings show that being labeled “bossy” is a sign of bad leadership. Therefore, regardless of gender, leaders should make an effort to avoid being seen as bossy at work.

For both men and women, bossiness was related to being seen as less promotable. Men and women are both punished for bossiness in the workplace, but we found that the link between bossiness and being unpromotable was stronger for women.

This means that when women act bossy in the workplace, it has more serious consequences than when men do. This pattern is consistent across our 20 years of data.

In fact, looking at this trend across time, the gender gap is actually widening. If we look back 20 years, the relationship between bossiness and not being promotable was about the same for men and women. Today, the negative relationship is significantly stronger for bossiness in women than it is for men.

How Can We Work to Ban Bossy?

Based on our research, we came up with 3 practical recommendations to “ban bossy” in the workplace:

Companies that intentionally prioritize attracting and retaining talented women gain significant advantages. We can partner with you to support women’s leadership development or to create an organizational culture to “Ban Bossy” and other stereotypes, shifting mindsets, behaviors, and practices towards greater equity, diversity, and inclusion. Women and Leadership: A Panel Discussion on the Imperative to Support Women Now Women in the Workplace: Why Women Make Great Leaders & How to Retain Them 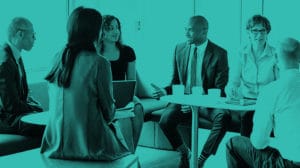 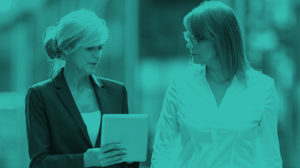 Subscribe to our eNewsletters to get the latest on cutting-edge, leadership insights & research.
SIGN UP FOR NEWSLETTERS
December 10, 2016
Leading Effectively Staff Lead With That: What MacKenzie Scott and MrBeast Can Teach Us About Leadership in 2023

In this episode, Alison and Ren discuss some leadership highlights and low points of 2022 and what they’re most looking forward to when it comes to leadership in 2023. They explore examples of leaders who have used their power and influence to give back to others, and those who have not. This year, let’s emulate those who are making purpose core to their leadership style, and lead with that. 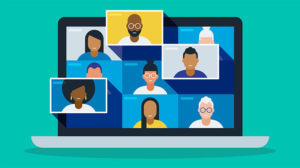