How to Get the Most from Your 360 Results Interpreting & Understanding the Results From Your 360-Degree Feedback Assessments

You probably already know that 360 assessments provide leaders with comprehensive feedback on their job performance from multiple perspectives, including the leader’s direct reports, peers, bosses, and superiors, as well as the leader’s own self-perception.

Additionally, assessments & 360s are critical tools that are used in a wide array of leadership development initiatives. Understanding their 360 feedback results are essential for helping leaders identify their strengths and development needs, and for improving their self-awareness around critical leadership competencies. Results also tell leaders what they need to do to improve and take their leadership skills to the next level.

Your 360 Results Can Help Prevent (and Predict) Career Derailment

At CCL, we’ve conducted many studies on the use of assessments and 360 feedback results.

We’ve also examined how executives can keep their career on track instead of derailing. “Derailed” is a term that Morgan McCall and Mike Lombardo coined nearly 50 years ago to refer to the careers of high-performing employees identified as having the potential to move up in the organization and take on higher levels of leadership responsibility, but who don’t live up to that evaluation of their potential. They plateau below their expected level of achievement, or they reach higher levels only to fail miserably, resulting in being demoted or fired. For these managers, their careers have derailed from the track that their organization had expected them to stay on.

By studying the traits of those who have derailed and those who made it to higher levels of the organization, our researchers have identified the characteristics that indicate a leader is more or less likely to derail. These are helpful to keep in mind when interpreting 360 feedback results. Among our findings:

How to Interpret Your 360 Results

Based on these findings, here are the 3 key takeaways from our study:

1. Improving your task and interpersonal leadership skills will likely reduce your risk of career derailment.

Make a proactive plan to improve in these areas.

While leaders should pay attention to feedback from their direct reports, peers, and supervisors in their 360 results, they may want to give extra weight or attention to their peers’ ratings of their leadership skills, given how effective research has found these ratings in particular to be at predicting career derailment.

3. Self-ratings are especially useful in one key way.

Self-ratings enable leaders to see how they rate themselves on leadership skills — relative to their direct reports, peers, and supervisors. How leaders rate themselves in relation to their raters provides an indication of their perceived risk level of derailing in their careers.

Specifically, if a leader receives higher leadership ratings in their 360 results and their self-ratings are in agreement with their raters’ ratings, they tend to be more self-aware, and aren’t very likely to derail in their careers.

On the other hand, if leaders discover in their 360 results that they tend to score themselves higher than their raters do, this is a sign that they have a higher risk of career derailment. Leaders in this situation may want to take active steps to work on increasing their self-awareness and seek out some coaching to improve performance.

Reflecting on Your 360 Results

All in all, setting goals and creating a development plan of action is just as important as measuring and assessing your current skill levels.

The best way to approach your 360 feedback results is to give yourself some time to think about the ratings. On your own — or with help from a trusted peer or mentor — you can reflect on the competencies and consider what you do well and not as well. Then, ask yourself these questions:

Regardless of which you choose, take a look at our tips for setting achievable goals. You may want to consider sharing with your raters 3 things you learned from your 360 results and 3 things you plan to do based on their feedback. You can also ask for their help in holding you accountable as you work toward your 3 new goals.

In summary, 360 feedback results can be valuable to both individual leaders and to organizations, playing a critical role in facilitating leaders’ growth and development over the course of their careers.

Our industry-leading 360 feedback assessments will help you get more actionable insights from your 360 results. 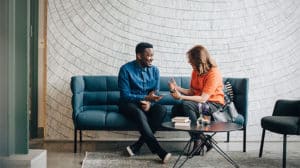 Maximizing the Impact of 360 Assessments 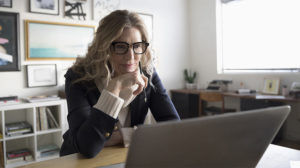 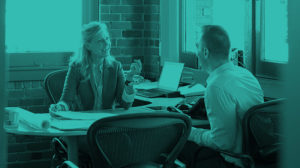 Subscribe to our eNewsletters to get the latest on cutting-edge, leadership insights & research.
SIGN UP FOR NEWSLETTERS
March 21, 2021
Leading Effectively Staff How to Get the Most from Your 360 Results

You know a 360-degree assessment provides valuable feedback on your job performance from multiple perspectives. But do you know how to interpret it so you get the most out of your 360 results? Maximizing the Impact of 360 Assessments

High-quality 360 feedback is a powerful tool, and those who want tangible growth know that you have to know how to use it. Watch this webinar to discover how to maximize the impact of 360 assessments.