Myths are powerful. Belief drives behavior. You may have heard, or fallen for, numerous assumptions about leaders working in the government, both from those working within it and from others on the outside.

1. Government leadership is different from other forms of leadership.

2. Government employees are more motivated by service than their non-government counterparts.

People working in government are thought to have a greater call to service than their peers in other industries.

But our research suggests otherwise. Their study found that federal and non-federal workers share similar motivations. Regardless of the sector, most employees are primarily motivated by their organization’s mission, followed by their own career motivations.

The takeaway? Leaders in all industries, including government, should focus on service and mission — and they must find innovative ways to boost employee motivation outside of financial incentives.

3. Military leaders are the best at forming and leading teams.

Military leaders are understandably revered for their skill at leading teams, so it stands to reason that they’re best at leading civilian/military teams in the public sector.

One flaw in that assumption? Our research shows that the major factor for career derailment among military officers is difficulty forming and leading teams at a senior level.

We have verified through interviews with both military and civilian senior leaders that many military officers come into positions with the same mentality they had as commanders in uniform, and they’re using the same techniques with civilians that they would with junior enlisted staff or junior officers.

Many times, the culture of the agency would not reward these behaviors, and the civilians, knowing the officers were leaving in just 18-24 months, would just wait them out.

The takeaway? At senior levels, authority is not as important as collaboration.

Leaders need to increase communication across agency and departmental silos to succeed; see how government leaders can collaborate across boundaries.

4. To succeed in government, leaders just need to focus on their technical specialties.

To be effective, public service leaders must be able to balance technical and leadership abilities.

So in the government or not, leaders should ask themselves where they’re strong and where they need development. They then need to leverage their strengths to address any developmental factors.

For workers in government agencies, focus in particular on developing the specific skills that government leaders need to succeed.

Are leaders in government service less effective than leaders in other industries? Evidence suggests otherwise. Leaders in government have done exceptional things — and have important strengths. Notably, they’re seen as quick to acquire new knowledge, they’re resourceful, and they’re willing to do whatever it takes to achieve agreed-upon goals.

These findings show that government agencies have a group of interpersonally skilled, intelligent, and committed leaders — a powerful asset on which to build in any organization.

But the government environment does create some unique constraints that may impact leaders’ ability to foster innovation. Still, there are ways that even more traditional organizations can innovate successfully. 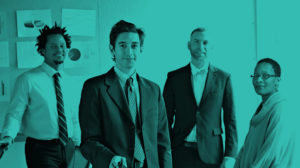 Subscribe to our eNewsletters to get the latest on cutting-edge, leadership insights & research.
SIGN UP FOR NEWSLETTERS
July 4, 2020
Leading Effectively Staff Learn Everything About Our Training Portfolio of Leadership Programs

Watch this webinar to learn how to improve your organization’s employee engagement and retention by leveraging our portfolio of leadership training programs. Our research-based solutions are specifically designed to target the challenges faced by leaders at every level. Advantages of Online Learning for Leadership Development: What Our Research Says

As the workplace becomes more hybrid and virtual, organizations are leaning into these advantages of online learning for their leadership development needs. 360 assessments can benefit more than individual leaders. By following these recommended best practices, they can be transformational for your entire organization.