How to Build Your Leadership Image Is your image an asset or a liability? Contrary to popular belief, image isn’t just a surface issue. It’s strongly tied to your effectiveness as a leader.

Your ability to project a leadership presence in the eyes of employees, customers, and others is closely related to your job performance. This means that your image can be either an asset or a liability as you engage in the roles of leadership.

A study of 150 executives who attended our Leadership at the Peak program revealed that a leader’s image correlates highly with perceptions of their leadership skills. The study also showed that leaders who communicated their vision in a strong, positive way were seen as stronger.

What Is Leadership Image?

Leadership image encompasses many things: personality, behavior, body language, and speaking style, as well as formal status and physical appearance. Simply stated, your image is the concept that others form about you as a result of the impressions you make on them.

Your image can have a great impact on how people get to know you as a person and as a leader. Whether someone is getting to know you through a first meeting, over time, or through the media, your image is being broadcasted and your reputation is being formed.

A strong leadership image is closely tied to the following attributes:

Leadership image can also be understood as your personal leadership brand.

How to Improve Your Leadership Image

Fortunately, however, you can control the image others have of you. With awareness and practice, you can change your behavior and improve your leadership image.

For example, you can choose to be more open and show a side of yourself you may normally hide. You can change the way you communicate as a leader by improving your speaking and writing style. You can develop new skills that will help you build a reputation as an effective leader.

But to build your leadership image, you first must gain a clear picture of the image people currently have of you. Then, decide what image you want to portray. And, finally, you must develop skills to close the gap.

Many executives struggle with their authenticity as leaders, especially when dealing with those outside their inner circles. They often feel such a strong need to maintain their executive leadership image that it becomes the main obstacle to their authenticity. They are unsure how to be genuine leaders and, at the same time, work on crafting their image.

If you’re struggling with being authentic, try rethinking your understanding of the executive image. Successful people often define their leadership image more narrowly than they should. They unnecessarily put tight limits on themselves as they try to uphold a powerful façade.

Revealing your personality and humanness is a far better sign of effective leadership and makes you more likely to influence people.

6 Tips for Building Your Leadership Image

Here are 6 tips to build your leadership image:

Remember, too, that building your leadership image isn’t about creating a fake persona. It’s about understanding the image you’d like to portray, gaining a clear picture of the image people currently have of you, and developing the skills to close the gap. 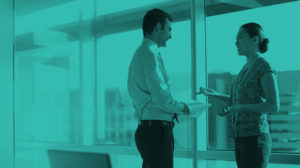 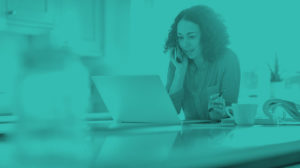 Subscribe to our eNewsletters to get the latest on cutting-edge, leadership insights & research.
SIGN UP FOR NEWSLETTERS
November 27, 2020
Leading Effectively Staff