Menu
More About Us

Since 1989, the Coca-Cola Scholars Foundation (CCSF) has supported more than 6,000 young people as they develop into leaders who make significant, positive impacts in the world. The Foundation, one of the world’s most respected business-supported scholarship programs, provides $20,000 college scholarships to promising high school students. In addition, it gives scholarship recipients opportunities for personal and professional growth and development and maintains a robust, engaged alumni network.

The program’s alumni have achieved leadership positions in business, government, nonprofits, academia, and the arts. It counts among its alumni members of the U.S. House and Senate, hundreds of entrepreneurs and C-suite executives, academic and nonprofit leaders, and internationally recognized artists and writers.

In 2016, the Foundation partnered with us to create the Scholar Coaching Initiative. Foundation leaders envisioned the initiative as a way to:

CCSF “exists to bring better to the world, through investment in exceptional high school students who are dedicated to leadership, service, and action that positively affects others.”

The college scholarship, while elemental, is only part of the investment CCSF seeks to make. By connecting Coca-Cola Scholars and hosting leadership and service summits for alumni, CCSF has created a robust network of connected, committed leaders. By adding further leadership development opportunities and personalized coaching to the Coca-Cola Scholar experience, the Foundation has the potential to accelerate the impact young Scholars might have, helping them become more successful earlier in life.

During their first year of college, Scholars receive personalized support from a CCSF coach trained in our coaching approach. The goal is to help Scholars develop personally and holistically, particularly as it relates to the CCSF’s 4 pillar values.

Key objectives for the coaching initiative are:

In addition, CCSF also wanted to provide alumni with unique opportunities to access leadership development. Our coach training and follow-on support not only build coaching capacity within the network, but alumni and staff trained as coaches have indicated that the experience has been enriching to their professional and personal lives as well. We co-designed a 3-phase program to develop a custom coaching program, train CCSF coaches, and then implement 6 coaching sessions with the first cohort of Coca-Cola Scholars in 2016.

CCSF President J. Mark Davis and Director of Scholarships Jamie Williams gathered with our client team to initiate the discovery and strategic planning process for the coaching initiative. Among the priorities of this session were:

Just a month before this coaching pilot planning session, we delivered the Leadership Essentials training to 7 CCSF staff, all of whom would be serving in the initial cohort of CCSF coaches for the first year of the pilot.

CCSF staff who participated said the training was valuable for them, and that they came away understanding our view of leadership, including the Direction – Alignment – Commitment (DAC)™ model. They also reported that they gained valuable skills, such as applying the Situation – Behavior – Impact (SBI)™ model to give effective feedback.

Next, 4 of our trainers traveled to Atlanta to train the first set of coaches: 7 CCSF staff and 9 alumni who volunteered to serve in this new role.

4 priorities were set out for the coach training:

In addition, we established protocols for the new coaches to document coaching sessions and be accountable for assessing and addressing any critical safety or well-being issues that could emerge during coaching sessions.

Coaches conducted 6 coaching sessions with their assigned Scholar(s), with each coach working with 1 to 3 Scholars. Both coaches and Scholars reported that the experience was worthwhile for them individually, and both groups felt it was worth continuing.

As a group, the Scholars reported their top benefits from the program were:

The Scholars also said the coaching program made them feel more connected to CCSF, one of the program’s key goals.

Coaches also appreciated the impact of the program. They reported:

In addition to the positive impact coaching had on Scholars, the effect on coaches is a win-win for CCSF. Staff members who served as coaches gained valuable leadership development skills that they reported using with their direct reports and peers at the Foundation, as well as in their personal lives. Alumni coaches strengthened their bonds with CCSF and gained skills that continue to benefit them in their personal and professional lives.

“The co-design approach through every stage has been very beneficial in shaping a meaningful experience, for both Scholars and alumni. Being a thought partner helped us determine the best way to provide a unique experience that supports Scholars where they are, that engages alumni in a mutually developmental way, and that has a positive impact on their affinity for our network.”

“The most valuable thing I learned during the program was how to give feedback using Situation-Behavior Impact. That is valuable because the ability to give quality, useful feedback is a difficult skill that is extremely important and useful for a leader.”

“The different activities and reflection activities were great in helping me . . . know what it’s like to be coached before I begin coaching. The training was interactive, personalized, and intentional. I benefited greatly from it.”

We understand how community-led and community-based initiatives can help build a foundation for real change and greater transformation. We can partner with your organization to create customized leadership solutions that allow you to expand your impact and the meaningful work you bring to the world. 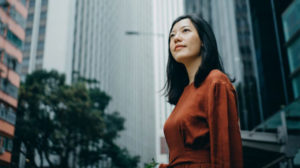 CCL announces the launch of a live, online version of its flagship Leadership Development Program (LDP)®, the longest-running program of its kind with over 100,000 alumni around the globe.

Learn how CCL coaches volunteered 1,400+ hours of coaching to nurses affected by the COVID-19 pandemic, and the positive results that the pro-bono coaching initiative achieved. YPO and the Center for Creative Leadership Announce Global Partnership

The Center for Creative Leadership and YPO are partnering to provide high-impact learning experiences to help develop and support the business leaders of today.

Learn how CCL partnered with a leading pharma company to develop an EDI initiative to prepare high-potential leaders of color for senior positions. CCL Ranked Among the World’s Top Providers of Leadership Training

Through a collaboration with global leadership development, National University has launched a new type of MBA combining traditional management with next-generation leadership training.