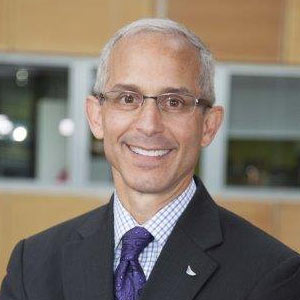 David maintains an active portfolio of direct client work and focuses on Senior Teams and Equity, Diversity, and Inclusion.

David has held 4 different executive team positions at CCL. Prior to his current role, he served for 5 years as the Chief Operating Officer (COO), a job that involved leading the work at CCL in EMEA, APAC, and the Americas. He also led the Global Sales Pursuit Team and several verticals.

Before becoming COO, David spent 5 years living in Brussels, where he served as Executive Vice President and Managing Director of CCL’s EMEA region. Previously, he was Executive Vice President of CCL’s Research, Innovation, and Product Development group for 9 years. Early in his tenure at CCL, he also led Information Technology, Portfolio Solutions, and Global Operations.

David is currently an Adjunct Professor in the Department of Social Sciences and Health Policy at the Wake Forest University School of Medicine. He has long been funded by the Robert Wood Johnson Foundation (RWJF). For 5 years, he served as co-director of the RWJF Executive Nurse Fellows Program. For 15 years, he was National Program Director of the RWJF Substance Abuse Policy Research Program. For 4 years, he was Co-National Program Director of the RWJF Ladder to Leadership Program. In 1997, he was selected as one of 40 Americans for a 3-year W.K. Kellogg Foundation National Leadership Program. As part of this program, he rode his bicycle from California to North Carolina to raise public awareness about hunger and endowment funding for an international hunger relief organization.

David earned a BA in Psychology at the University of California, Santa Barbara, and an MA and PhD in Social Ecology from the University of California, Irvine. Between his MA and PhD, he had an internship at the Office of Cancer Communications, National Cancer Institute (NIH) in Bethesda, MD. In 2007, he was selected as Alumni of the Year at the School of Social Ecology. He also completed a postdoctoral fellowship at Stanford University School of Medicine in cardiovascular disease prevention and epidemiology.

He has served on a variety of community task forces and boards. He has published over 100 journal articles and book chapters and 5 books, and has been part of leadership teams that secured over $50 million in extramural funding. 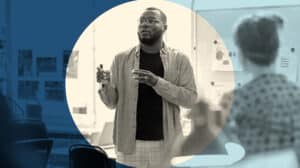 5 Disruptive Organizational Trends Affecting Leaders in the Next 5 Years

Watch this webinar to discover the disruptive organizational trends facing leaders in the next 5 years and the strategies to successfully respond to them. Follow these 4 steps to help your workforce overcome change fatigue and build change resilience, which will foster a more innovative organizational culture. Watch this webinar and learn how to assess levels of psychological safety and create more of it to foster greater trust, creativity, collaboration, and innovation across your organization. Long-held corporate cultures can be tough to change. Instill an ownership mentality with a focus on accountability to increase your chances for success. Developing Leaders in the Public Sector of the Kingdom

Government and public sector leaders in Saudi Arabia, like their colleagues in public service worldwide, face many of the same leadership challenges.

David Altman in the Press

Move Beyond HiPo Development to Unlock Your Organization’s Full Potential

Failure: The Key to Success in Overcoming Bias